Pre-Algebra and Algebra Instruction and Assessments

Here is how you read algebraic expressions

In the Dog House 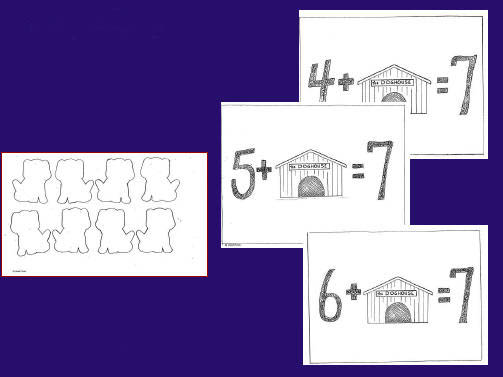 Moving from Expressions to
Equations

• Problem: The left pan of a set of scales
contains 5 identical boxes of noodles,
and the right pan contains 3 identical
boxes and two 2-kg weights. The scales
are balanced. How much does each box
weigh? 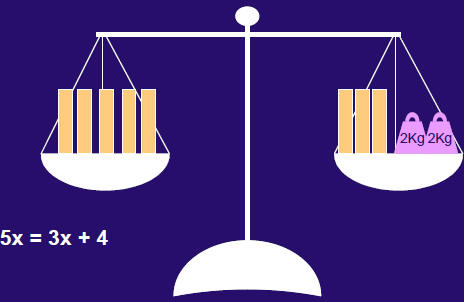 Equation: An equality with a variable.
Root: Each value of the variable that makes the statement a
true equality.

• A variable represents a number–even
though its value may not be given.

• Expressions with variables satisfy all the
properties of the number system, such
as the commutative, associative, and
distributive properties. 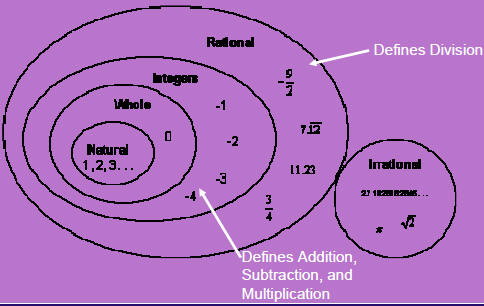 Key Definitions: Expressions
with More than One Variable

1. Solution of an equation: A value (or an ordered pair of values)
that satisfies the equation
2. Equivalent equations: Equations that have the same solution
set
3. Linear equation: An equation equivalent to one of the form ax
+ by = c with a2 + b2 not equal to 0
4. Function: A rule connecting two sets that assigns to each
element of one set (or input) one and only one element of the
second set (or output)
5. Graph of an equation in two variables: Points in the plane
whose coordinates satisfy the equation
6. Sequence: A function from the positive integers to the real
numbers.

• Adhere to the same commutative,
associative, and distributive properties:

• In solving a word problem by setting up
equations, the student translates a real
situation into mathematical terms: he has an
opportunity to experience that mathematical
concepts may be related to realities, but such
relations must be carefully worked out. Here is
the first opportunity afforded by the curriculum
for this basic experience.

Functions Can Be Introduced
Early without Formal Definitions